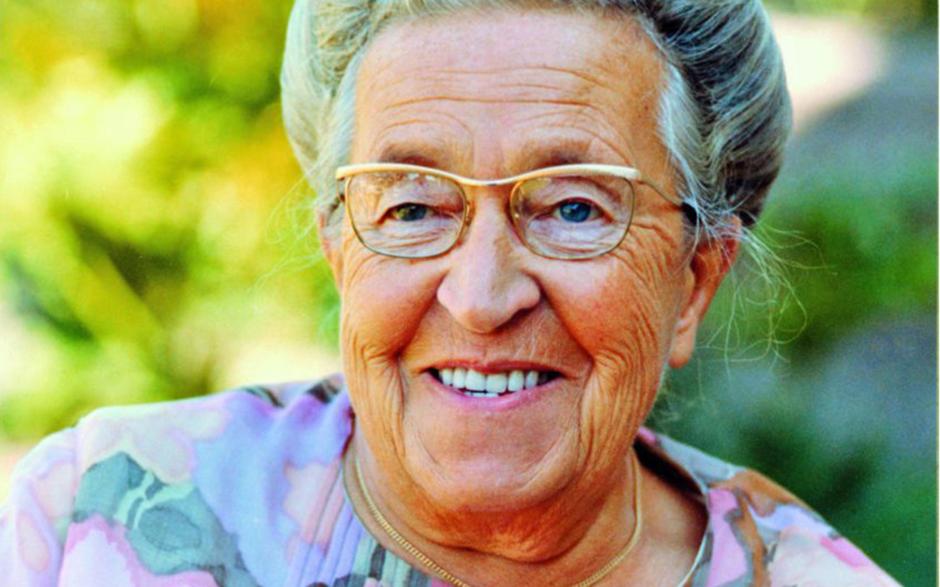 Corrie Ten Boom was a Dutch woman, who hid Jewish people during WWII.  I think she is one of the  most influential Christians who ever lived.  She has greatly impacted my life and millions of others’ lives.

I found this astounding!!  If I asked any of my peers, who are Christians, “Do you know who Corrie Ten Boom is?”  They would say, “Of course!”  I love her!  I love her writings!”   In fact, in the last letter that my friend Becki Crain wrote, she referenced Corrie Ten Boom.

Why is she not well known and revered in her own home country?  Well, Jesus said, “A prophet is not without honor except in his own hometown and among his own relatives and in his own household.”  In addition to this– perhaps Corrie Ten Boom’s message of forgiveness and love to our enemies , was a hard message to accept for Europeans who had just come through the ravages of war, and the evilness of war.

Corrie Ten Boom had this message tested herself, when after a speaking engagement– the Nazi officer who had beaten her sister and herself, came up to her, stuck out his hand and asked her for her forgiveness.  Corrie Ten Boom, saw her sister die in the Concentration Camp.  She was filled will hatred and anger towards this man—and—she said that she could not in her own strength extend and shake this man’s hand and forgive him; she found herself asking God for His strength and His power, and her hand was moved and she was speaking, telling this man she forgave him.  She says that was not done in her own power, but God was moving through her, forgiving through her, loving through her.

I too have experienced this supernatural power, after my son died.  I can’t explain getting through the ordeal then and now—except by His power, His grace, and His strength.

Corrie Ten Boom wrote the book, “The Hiding Place”, detailing the events of her life during WWII.  If you have not already read it, I pray that you will.

Others who have gone before us and lived a life of faith during trials and temptations can help encourage us as we go through our own trials, our own temptations.  Right now, people are filled with anger and hatred toward each other.  I think Corrie Ten Boom’s message of love and forgiveness is very timely.  It is not a weak message.  It is not a roses and lollipop message.  It is God’s message to all of us, every day.  The reality of God’s love–sent Jesus to the cross for each of us, to save us.  It sent Corrie Ten Boom to the concentration camps, as she tried to save Jewish people.  It sent her on a pilgrimage around Europe after the war, proclaiming that sacrificial love—and living out that love in forgiving those who had done evil to her.

Corrie Ten Boom is one of the Netherland’s national treasures, indeed her life is a treasure from God that He has shared with us—mostly because her life points to Him and what He has done for us!

May we be encouraged!!